How we became gamers

A Tale of Inspiration

I became a fully fledged nerd at 6. It was the year one of my mother’s cousin bought me Hero Quest. The same year I read Robinson Crusoe and my grandfather allowed me to look through his WWII history books. That summer, I played an insane number of games of Hero Quest, forcing my parents to follow me down this path. Some time around christmas of 1990 I got my hands on “Flight from the Dark”, book 1 of the Lone Wolf series by the much missed Joe Dever (the illustrations, by Gary Chalk, will remain to haunt me forever, as you can tell by Possession’s style). The next year I discovered Lovecraft, then classic science-fiction. It all spiralled once the Hobbit was in my hands. Somewhere in between I found the old, glorious catalogues of GW. They opened a galaxy within a universe for me. The first year of high school I found a group of like-minded people and we started a campaign of D&D that, if only we wanted to, we could still pick up, as it never ended.

So, yeah, I’m a gamer through and through. Give me some dice, cards and miniatures and I’m as happy as I can be.

By the time I left my last job, I knew that what I wanted to do with the rest of my life was to be a gamer, make game and, hopefully, make other gamers as happy as I was when I played Hero Quest that first time. I already knew Antoine, but now that I had plenty of time on my hands, we agreed to start this enterprise.

We set up shop and here we are.

As already mentioned, the Old Testament has a big part in this game. I took what I thought were the coolest parts of the Book of Genesis, changed them around a bit, and we had a solid story arc to be the foundation of our newly-created world.

After all, a tale of good and evil is probably as old as Mankind.

That the setting was to be a fantasy one was as clear as daylight, but we wanted to steer well clear of the great classics, so there’s none of the high fantasy stuff, no Dwarves, Elves and anything remotely looking like Hobbitses. We stayed simple, gritty and dirty. The architecture is as medieval as possible, mostly Romanesque but with touches of Gothic, while some of the armours (mostly the heavy ones) owe a lot to the Renaissance armour-craft (a big thanks to the Armeria Real in Turin for allowing me to take way too many photos).

For the daemons, I told the illustrator to go crazy. Still, Bosch and the Flemish were definitely our alpha and omega.

Inspiration for the game itself?

I like to think that the game is mine, all mine, but obviously I would be lying to myself. Although I tried to be as original as possible, the game still has an economy system (Possession Value vs Willpower), like most of the card games out there from Magic the Gathering onward. Mad props to two amazing games from FFG (The Lord of the Rings card game and the Arkham Horror one) for teaching me that there can be so much more to a card game than just blasting each other silly with fireballs.

And the rest? The rest is all mine. All mine, you hear? ALL MINE!

Often, speaking to like minded individuals, one question pops up: “What is (are) your favourite game(s)?”

On the other hand, I could get behind a question like: “So Albert, what do you like in games?”

I will try to keep the answer manageably quick.

A fantastic (as in remote and removed from reality) setting, with a preference for fantasy, dystopias, what ifs/alternate history and gritty sci-fi. Give me something that can let my imagination run and I’m happy.

An economy system. Whether is pre-game (like the points needed to build an army) or in-game, whether is hard cash or something more exotic, I love it when I know that I have limited resources that I have to balance, which bring me to Choices: hard choices, an aut aut, either or, but not both. A game that puts me in front of hard choices that make me stop and think will always have a place in my black heart.

A Story. Which includes: a Campaign system, evolving characters, missions, the possibility of equipping your character (and of bringing items from one game into the next).

Original game mechanics. Here, my favourite example is the system of actions/economy/initiative/limited-time all wrapped up in the player deck in Gloomhaven. What a fantastic, unique system! It makes it feel unique and completely distinctive from other dungeon crawlers.

Randomness, but with style. It’s pretty hard to kill randomness in a game: the cards you draw, the dice you roll, they will affect your game. The important thing is to have a way to contain it, balance it, stop it from running amok.

Proper artwork. There are amazing artists out there (the illustrators are the true artists of our times), let’s help them work and showcase their talent.

So here it is, from me. Let’s now hear from Antoine!

A Tale of Inspiration

Similarly to Albert, my first real contact with board games was with Hero Quest when I was probably 6 or 7 years old. I loved this game. My brother and I played many a game, sometimes with friends. I remember that we often bent the rules to ensure that we completed the adventure.

What definitely won me over to the nerdy side was being gifted Space Crusade about a year or two afterwards. While I remember playing the game less often than Hero Quest, I was completely in love with the miniatures. This led me to visit my first Games Workshop (not an easy feat in France at the time). There, I irremediably fell in love with Warhammer 40,000 and Warhammer, and thereafter bought the White Dwarf religiously. A year or two later, Necromunda was released. This was just the right game! The rules, the background, the miniatures, everything was spot on. Delaque or Van Saar, I was always ready for a gunfight in the hunderhive. I loved this game so much! I exhausted my brother and my friends’ patience playing it, I was dreaming of playing it more and I wanted to play Warhammer 40,000 as well. To this day, Necromunda is one of my favourite games and getting the new edition last Christmas was great (even though, for various reasons, I still not have had time to play it)!

Fast forward about 20 years and when Albert suggested we create a game together, I was easy to convince. 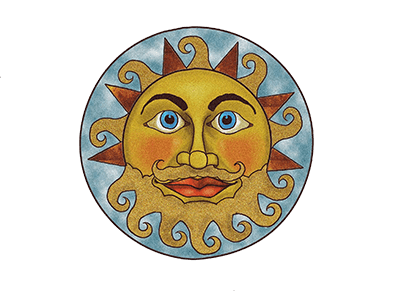 I am very eclectic in my taste and will play anything from simple party games to intricate roleplaying games or wargames. I have a slight preference for sci-fi settings, balancing Albert’s fantasy bend. Since the early days, I have been fascinated by games which bring a universe to life and let you loose in it.

Necromunda does a good job of this and so did video games like Children of Mana and Final Fantasy (VII of course). I am a sucker for games that let you develop a story over time, whether it’s experience points or new resources and items that you win by completing missions.

The background story and the artwork come next. In the best cases, they make a good game into an unforgivable experience.

That’s it from us for now.